Recent Discoveries About The Virus

Researchers have recently uncovered various mechanisms that suppress the propagation of the Hepatitis C virus with a promising potential of improving pathological liver conditions. They tested their research on model mice and found that when a specific enzyme was inhibited, Hepatitis C virus particle production drastically reduced leading to an improvement of the pathological liver conditions. This research helped them identify a new drug target for efficient drug use of the newly developed advanced HCV drugs.

The Research At Length 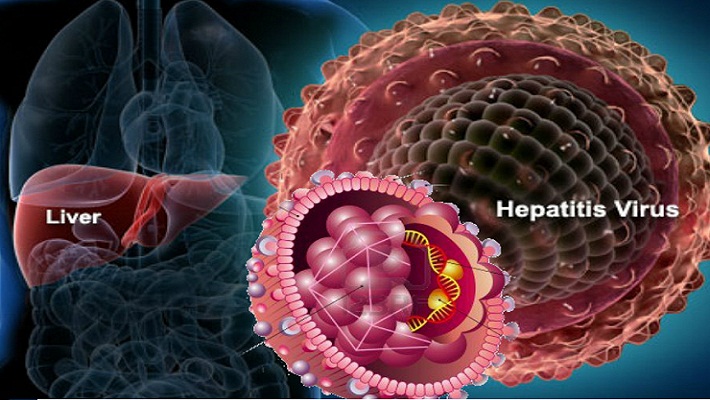 According to recent statistics, more than 200 million people across the globe are infected with the Hepatitis C virus. The infection is known to cause a fatty liver condition, hepatic fibrosis and ultimately lead to liver cancer. Recently, the Hepatitis C virus has been the primary cause of viral liver cancer in Japan with the cases constituting up to 70%. Although with the emergence of current drugs explicitly aimed at the replicative enzymes of the viruses, it can be eliminated in the acute stage itself, the primary roadblock to this whole process being the emergence of resistant infections at the sites and the rare development of liver cancer even after virus elimination.

With the earlier information accumulated about the Hepatitis C virus, it has been found that the presence of the cleavage in the core protein of the virus caused by the enzyme signal-peptide-peptidase (SPP) played the crucial role in the formation of viral articles and development of pathological liver conditions. Although the responsible elements of the infection were found, the entire details about the mechanism weren’t understood until a research group at the Research Institute of Microbial Diseases, Osaka University had this recent breakthrough. From their research, they found that when the enzyme SPP was inhibited, the overall production of HCV reduced leading to an improvement in the liver conditions.

On further research, the researchers also found a chemical compound to inhibit the SPP enzyme in y-secretase inhibitor, the one which is currently in development phase and aimed at the treatment of Alzheimer’s. In addition to all those data, they also found out that there were a particular set of underdeveloped core proteins which haven’t been cleaved by SPP and those were the ones easily targeted by TRC8, an enzyme which quickly degraded it as well. And when the said degradation process was suppressed, it was seen that the damage in the cell is strongly induced in the cells due to the Endoplasmic reticulum stress.

The endoplasmic reticulum is one of the fundamental components of the cell and is the house meant for protein production in the cell, and due to the strong ER stress exerted on them, the proteins synthesized there are unable to fold up correctly, and as a result, they cause cell damage.

Therefore the degradation process taking place at the cellular level might be even considered as a quality control mechanism for the new proteins. The SPP inhibitor was administered to model mice, and it was found that Hepatitis C virus production reduced significantly and other HCV pathological conditions such as insulin resistance and fatty liver significantly improved.

With the treatments for Hepatitis C beginning from as early as the 1990s, treatment options have significantly improved over time. With inhibitors aimed at specific enzymes and target sites, it has become more efficient in curbing the spread of this disease in the infected individual. The main obstacle for these treatments available is money. The available procedures are way too costly for any government to handle. Also for a person belonging to the low or middle-income group, affording a treatment is near impossible. With the current antiviral research being aimed to bring out a more efficient and budget-friendly drug, regarding treatment tolerability and treatment success rates, people are hopeful of looking at a renewed medicine to cure them or better keep them at bay from this dangerous and blood-borne disease.