The risk factors for the transmission of the Hepatitis C virus infection varies a lot between different countries as well as geographic regions. Knowledge of the risk factors beforehand might be of great help in preventing the spread of this disease. Since the HCV transmission is primarily associated with the use of contaminated blood samples and injection products and few other non-parental modes of transfer, studies are conducted to predict the risk factor involved in a particular region or a group of people when exposed to the strain and the chances of the virus being spread. 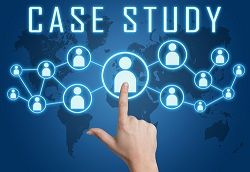 Interviews with 148 selected patients from different regions were conducted apart from their physician evaluation on the various risk factors involved in the acquisition of HCV. The selected patients were the chronically infected ones out of the 2500 patients referred to the University of Alabama. An extensive data set related to the demographic factors, routes, as well as estimated time, were gathered by the interviewer through the questionnaire. The investigator conducted the interviews privately with the assurance given to patients that their data would remain separate from all medical records. Standard statistical methods of calculation like that of the mean, median and mode were used along with the estimates of prevalence to find out the affected numbers. 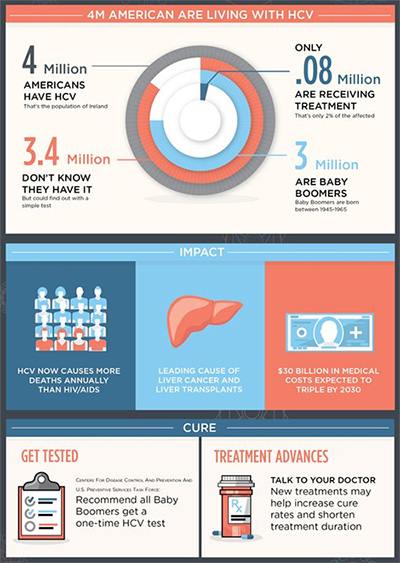 From the study that was conducted it was found that the patients were of the age 18 to 72 years. With a median of 44 years. Of the 148 patients, nearly 60% (88) were males; 88% (130) were Caucasians, and 12% (18) were African-Americans whereas 85% (126) of them had completed their high school education. The risk factors used were injection drug use, sharing of razor or toothbrushes, body piercing, and tattooing, blood recipients before 1992, sexual exposure, occupational exposure to infectious blood and hemodialysis.

From the questionnaire, it was found that most of the patients (nearly 80%) were reported to be exposed to more than one particular source of HCV. Only a few individuals (4.7%) reported having no prior exposure to the mentioned risk factors. Injection drug use among the individuals was strongly associated with cocaine. Patients exposed to blood-related products tended to be older while those exposed to injection-related and from sexual encounter tended to be younger. The study showed that women who were exposed to more number of risk factors than men. Neither race nor the amount of education received was related or associated with the risk factors involved.

Who Is At Risk?

What Is The Risk Factor Among The Homeless?

A study was conducted on 884 homeless adults to examine the prevalence and the risk factors involved under impoverished and unhealthy conditions. Astonishingly, 22% of these homeless adults were found to be HCV infected. Lifetime drug users and regular daily crack users were found more likely to be affected as compared to the less-frequent users. Also, similar results were found for those hospitalized for a mental health problem. Among non-injection drug users, there were more lifetime alcohol users involved in the HCV strain than the others. HCV infection was also seen by older age having set on one before the age of 18. Thus the risk factor was quite high among the homeless and male and recent crack users were at higher odds of infection than female and non-chronic users.